FNF Vs. Hypno’s Lullaby is one of the most popular FNF Mod based on the Friday Night Funkin game. This Vs. Hypno’s Lullaby FNF Mod is a little bit difficult so you can play it on Easy mode. In This FNF Vs. Hypno’s Lullaby Mod, Girlfriend will have to sing against a dark and terrifying version of Hypno, a Psy pokemon of the first generation. Boyfriend has disappeared and Girfrliend decides to go out herself to find him, that’s where she meets Hypno who asks to follow him in the forest where he apparently saw Boyfriend. You might also like FNF Vs. Sans and FNF Vs. Dave and Bambi 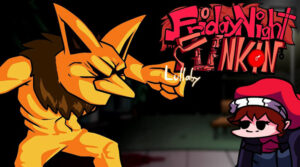